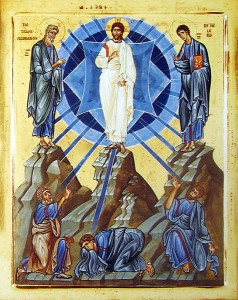 The notion that human kind was created according to the image of God found an enormous resonance in the hearts and minds of the Fathers of the Church, especially the Eastern Fathers. There seem to be several converging reasons for this. The first reason is the importance of the doctrine of creation. We are what we are, because God created us. He created us out of nothing; everything that we are is from God. Then, as many of the Fathers remark, there seems to be something special about the creation of humankind: for the rest of creation, God simply said, let something happen – ‘Let there be light,’ and so on – but in the case of humankind, God seems to consider: ‘Let us make humankind’ and ‘God made humankind.’ There seems some special act of deliberation about the creation of humankind. Not only that, the human is made ‘according to [God’s] image, according to [his] likeness’: being in God’s image and likeness is at the heart of what it is to be human – the human is ‘according to his image’, he is like God in some way, he reflects in who he is something of what God is.

The Greek Fathers read Genesis in Greek and the Greek, to an educated ear, makes two further suggestions. First, ’according to the image’, kat’ eikona; kata is quite a strong preposition; it would suggest the question, ‘According to what image?’ The English ’in the image’ just suggests that man was created as the image of God; the Greek raises the possibility of something more complex: man created according to the image of God. Who is? The New Testament suggests Christ, the image of God, the one who images forth God in his incarnate state. So maybe there is here, for the Christian Greek ear, the idea that humankind was created like Christ, Who is the image of the Father. Think about this. I believe it is important!