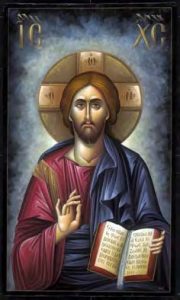 In discussing the formation of the New Testament (NT), one has to search the writings of the Fathers of the Church. Tradition, which is conveyed by the writings of the Fathers, gives us the context in which the NT was formed. Indeed, patristic citations and lists of books are the two main criteria for judgment of the canon. Yet neither criterion is totally satisfactory. For instance, when Clement of Rome, or Ignatius, or Polycarp cited a book that ultimately was recognized as canonical, just what authority was he giving to this book, since we do not know that the concept of either a NT or a canon was yet formulated? Past discussions simply assumed that these early Fathers had a concept of canonical and non-canonical. And, indeed, even later when there was a concept of a NT, we find strange phenomena in patristic citations. Origen cited 2 Peter at least six times. Yet in his canonical list, he doubted whether 2 Peter should be included. In other words, even a 3rd century, patristic citation of a book ultimately accepted as canonical does not mean that the Father thought it canonical. On the other hand, absence of a citation of a NT book (e.g., during the 2nd century) does not necessarily mean that the Fathers did not know the book or did not consider it of value. There would be little occasion to cite some of the shorter NT works like Philemon and 2-3 John.

We know from history that some apocryphal gospels, epistles and acts received acceptance for a certain period. Such sub-apostolic writings as 1-2 Clement, Didache, Hermas and Barnabas, continued to be considered as Scripture even into the 4th and 5th centuries. Codex Alexandrinus had 1-2 Clement. One can discern why such work were highly valued. Many of them bore names of disciples of the apostles (e.g., Barnabas was a friend of Paul; Clement was thought to be the Clement mentioned in Philemon 4:3 and a successor of Peter at Rome. Moreover, very early sub-apostolic works like 1 Clement and Didache, may well have been written before a NT work like 2 Peter. The real difficulty is not why such works were thought of as canonical, but why the Church did not finally accept them as canonical.

Hopefully my readers are beginning to see that a fundamentalistic approach to the NT is not really possible.