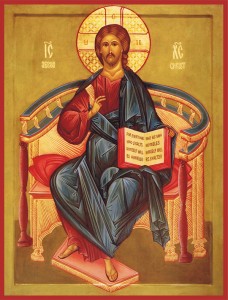 I have, in this article, been exploring information about the Canon – that is the official collection – of the writings of the New Testament (NT). It is one of our beliefs that God’s Holy Spirit has guided the development of all things that pertain to the Church – the group of followers of Jesus – and the NT is no exception to this rule. The Johannine epistles may have been composed in the 90’s. They are the product of the same school of writing that produced the Gospel, but it is open to question whether they were written by the same Johannine disciple who produced the Gospel.
The epistle of James is a diatribe resembling the format of the Stoic diatribes; it was composed in the Jewish-Christian atmosphere and adapted to the form of a letter. It is a very difficult book to date on internal grounds, and the date traditionally given (the 60’s) is proposed on the basis of its claim to be the work of James, presumably the bishop of Jerusalem whose death occurred in the 60’s. Many modern scholars suggest pseudonymity; even in antiquity the question about the authorship of the epistle was raised, creating doubt about its canonical character.

The epistle of Jude, attributed to another brother of Jesus, is to be dated earlier than 2 Peter, for the latter copies from Jude with some very interesting theological editing. Here again, pseudonymity has been suggested; however, neither with James nor with Jude is there anything that would absolutely preclude the traditional authorship.

Eusebius, writing ca. 325, is the first to speak of the seven epistles called catholic. However, he himself was not sure of the canonicity of all of them, and general acceptance of the seven in the Greek and Latin churches did not come till the late 4th century. (We must remember that “catholic” in this context did not mean the Roman Church. The word catholic means “universal.”)

Of the seven catholic epistles, 1 Peter and 1 John were the first to receive general acceptance. Both seem to have been known by Papias and Polycarp. The Muratorian Fragment mentions two Johannine epistles; its omission of 1 Peter may be due to the poor preservation of the text of the Fragment. Origen accepted 1 Peter and a short epistle by John. These two appear in all subsequent lists.